It doesn’t take long to catch the spirit of Timothy Alexander. “Hotcakes! Where that twist at?” the 32-year-old shouted to a football player while dashing across the field in his wheelchair.

“This year you’ll be a lot smarter, agile and more alert!” he exclaimed.
Alexander’s enthusiasm is as big as his smile.
It’s spring football practice at the University of Alabama, Birmingham. The Blazers have won two conference championships and three division titles since 2018 and Alexander is pushing for more.
He rolls up to another player and gives him a fist bump. As the Blazers’ motivational and life skills coach he pushes the young players to do more.
“I need to get you involved in the community, feed the homeless, visit schools. What you majoring in?” Alexander asks.
“Communication” says the student. “Aw bet!” says Alexander. “You need all that!”
Alexander knows a thing or two about motivation since losing his will to live 16 years ago.

“I went from walking one day to rolling the next”

Alexander was a high school senior and star football player when a 2006 car accident left him paralyzed and on a ventilator, his ultimate dream of NFL stardom derailed.
“I went from being the talk of the town, because I was a star athlete to being the talk of the town because doctors were saying ‘he may not never walk or talk or move anything on his own,” Alexander recalled. 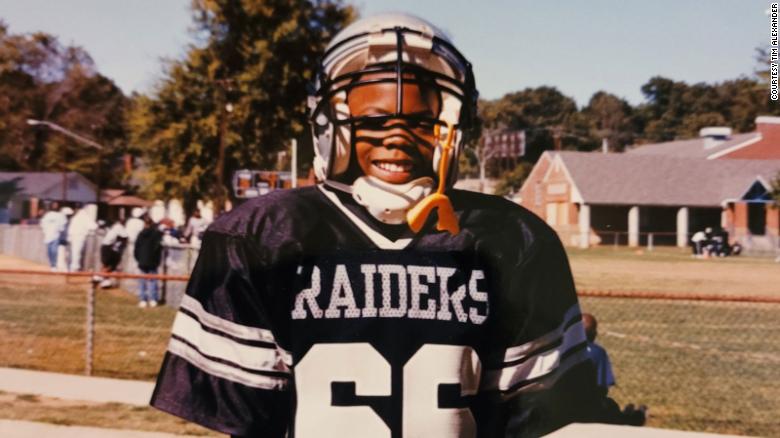 Timothy Alexander, age 7, playing little league football in Birmingham, Alabama.
He was 17 years old at the time, and was already dealing with another trauma. His brother died in a house fire earlier that year.
“My mom became my head coach, and I’ll never forget her coming into the hospital room after I told the doctors, ‘if I’m gonna be like this the rest of my life, you might as well pull the plug.'” 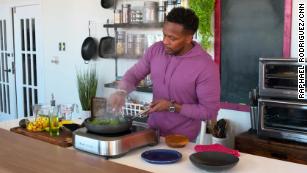 Kevin Curry’s depression almost killed him. Food, fitness and fortitude brought him back
He spent months in the hospital learning how to eat and speak again. Therapists helped him regain movement in his upper body, and eventually he went from being a quadriplegic to a paraplegic. An estimated 1 in 50 Americans suffer from some form of paralysis according to a study by the Reeve Foundation. Stroke is the number one reason followed by spinal cord injury.
Some 291,000 people in the US are living with spinal cord injuries mostly due to car accidents, according to the National Spinal Cord Injury Statistical Center.

When Alexander was discharged from the hospital, a deep depression set in. He spent months on bed rest as visitors came and went. He tried to take his life three times in one week.
“I was in a very, very tough place. I didn’t want to be around. I didn’t want to be here. I didn’t know how society would view me,” said Alexander. “But it wasn’t about society. It was about how I viewed myself.” 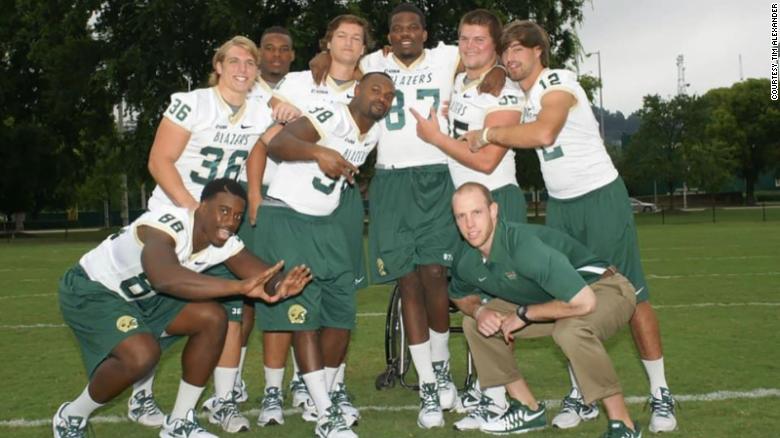 Timothy Alexander (center back) as a freshman in 2011 with the University of Alabama, Birmingham football team.
Then the young man began to think there must be a reason his suicide attempts didn’t work.
“I had to be transformed by the renewing of my mind — by being thankful and taking it one day at a time every single day.”

The making of a motivational coach

First he attended community college to learn how to live independently again. He worked with an athletic trainer and got stronger.
“My three goals in high school were to earn an education, make it to the NFL and do something for myself and for my family. And so when football was taken off the picture, I moved to my next goal of earning the education.”
One night he had a dream he was on the field playing college football at the University of Alabama, Birmingham. Alexander applied and was accepted to UAB in 2011. He started selling football tickets and got invited to a Christmas party — the head football coach at the time was also in attendance. 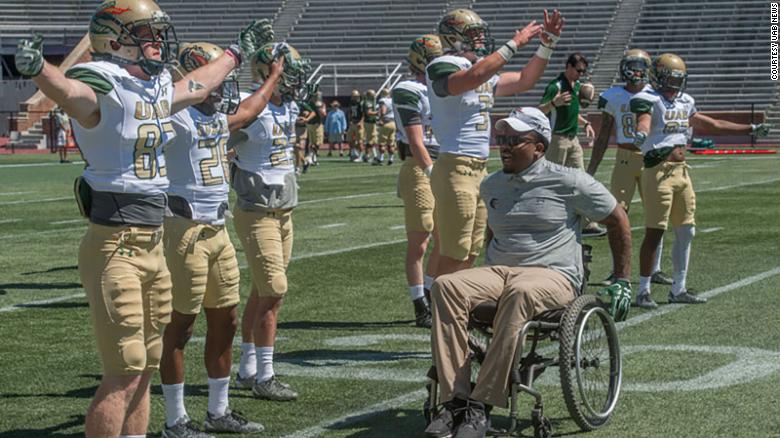 Timothy Alexander was motivating members of the UAB Blazers football team in 2017. He was hired as the team’s director of character development.
“I told (him) my dream that I was going to be one of the best tight ends that ever came to UAB football. But I probably would never touch the field, but I would impact those on the field.”
The coach invited him to practice and that changed the trajectory of his life. He lined up his wheelchair with the other players and began doing drills. He worked out every day with the other players and the coach made him an honorary player. Athletic trainers helped strengthen his core and his upper body. 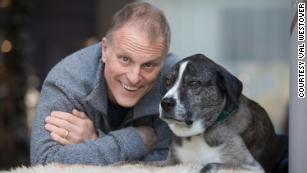 How service dogs safeguard, deepen relationships and save us from ourselves
He threw the football and motivated his fellow players on and off the field.
“I told them I was going to play through them and just reminded them to whom much is given much is required.”
He would do “mental reps” to visualize going through the plays with the guys. His work ethic and drive led to a football scholarship.

In 2015, Alexander graduated with a master’s degree in communication management. That’s when UAB’s football program hired him to be director of character development. It’s a job he was already doing as a student for years. 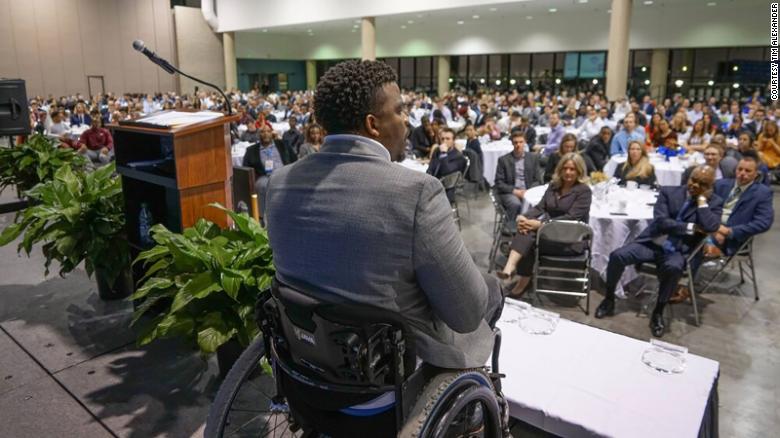 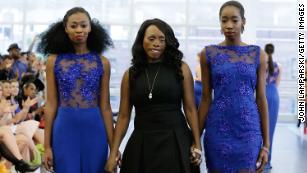 As a girl, sewing helped her recover from hand burns. Now her designs grace red carpets and runways
“I believe today that everything in life is choice driven, right? I made the choice to be depressed and be suicidal, which almost didn’t land me here in front of you all today. But when my mind changed, everything else changed,” Alexander told CNN.
“Now my purpose for living, because I have found myself is to help people find them.”
Share