Astronomer Carl Sagan famously once said that “we’re made of star stuff.”

It’s a beautiful thought that the material dispersed throughout the universe when stars explode came together to form something else: life.
But our own lives are too brief to watch star birth unfold. This incredible process can take tens of millions of years.
For the first time, however, scientists have offered us a glimpse inside it.
The result shows the mind-blowing magnificence of what happens when science and art come together.

The realistic and colorfully mesmerizing simulation, developed by a team of scientists, is called STARFORGE, or Star Formation in Gaseous Environments. It models an entire gas cloud that serves as stellar nursery. This is where stars are born.
The model serves as a trippy stellar exploration for viewers, but scientists want to use it to better understand the intricacies of star formation.
Stars serve vital roles, yet their beginnings remain something of a mystery. And the more we understand stars, the more we learn about ourselves, too.

A silver coin dating back about 400 years has been unearthed at St. Mary’s Fort in Maryland, one of the earliest English settlements in the New World.
The shilling, which bears a portrait of King Charles I, was found by archaeologists as they excavate what was the first home to English settlers in Maryland.
When the settlement was founded in 1634, only about 150 people lived there. Coins were rare then because people traded tobacco for goods and services.
Excavations continue at the fort, where the team hopes to find more items that tell the story of English colonists as well as the Native people who lived in the area. 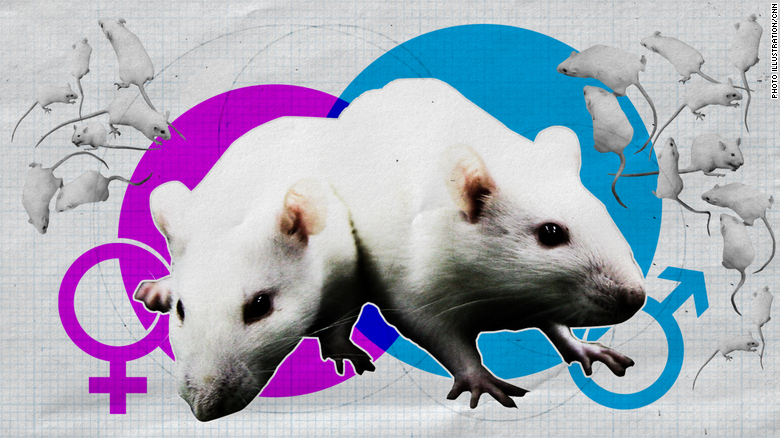 Sex is a fundamental biological variable, yet its significance has been downplayed in research.
Most lab rats are male — and that’s creating a big problem across the board.
Previous research has shown that male animals were used six times more often than females, which hasn’t changed much with time. Lab rats are used in preclinical research that serves as the foundation for studies in humans.
Concern has been growing in recent years that ignoring or downplaying differences in sex as a biological variable — whether in cells under a microscope or in lab animals — is undermining biomedical research at the earliest stages.
This matters because many diseases — including Covid-19 — affect men and women differently, and missing sex-based differences can make misdiagnosis and mistreatment more likely.
But change is on the horizon.

Mars is practically buzzing with activity these days. The red planet is currently home to multiple active missions, including China’s Zhurong rover, which landed last weekend, and NASA’s Perseverance rover and Ingenuity helicopter.
China shared the first images snapped by its historic rover this week.
Named after a god of fire in Chinese mythology, Zhurong will spend the next three months searching for signs of ancient life on Mars
Meanwhile, the Ingenuity helicopter is ready to take it to the limit for a sixth time. The little chopper that could has a daring new flight planned for next week, and it will explore brand-new territory on Mars. 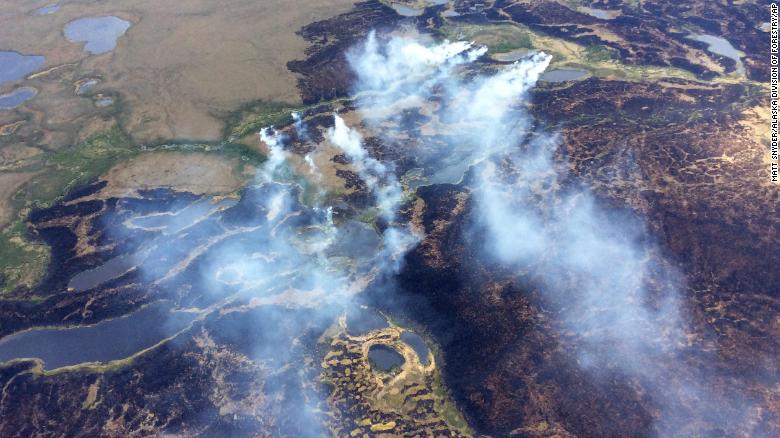 Smoke rises from a fire in Alaska’s Yukon Delta National Wildlife Refuge in 2015.
The climate crisis has led to a new phenomenon: wildfires that won’t die.
These “zombie fires” occur in the Northern Hemisphere — and not even bitter cold temperatures and heavy snow are enough to snuff them out.
Subsisting on the meager oxygen available beneath the snow, zombie fires can smolder for months, long after flames above ground have been extinguished.
These fires are related to rising global temperatures, and while they are only responsible for a fraction of burned land, these could become a formidable challenge for firefighters as large wildfires increase.

Don’t miss out on these:
— The “flower” supermoon on May 26 will be the closest moon to Earth in 2021. And for the lucky among us in regions where you can catch a glimpse, it will also be the first total lunar eclipse in more than two years.
— Batten down the hatches: The hurricanes are coming, and signs are pointing to a very busy season of storms — with some activity already churning in the Atlantic.
— Did you know that bees do a “waggle dance” to communicate? Here are more surprising facts about nature’s hardest working pollinators.
Like what you’ve read? Oh, but there’s more. Sign up here to receive in your inbox the next edition of Wonder Theory, brought to you by CNN Space and Science writer Ashley Strickland, who finds wonder in planets beyond our solar system and discoveries from the ancient world.
Share