Courteney Cox has a new “routine.”

Ed Sheeran and the actress thrilled the Internet over the weekend by recreating a beloved scene from “Friends” called “the routine.” 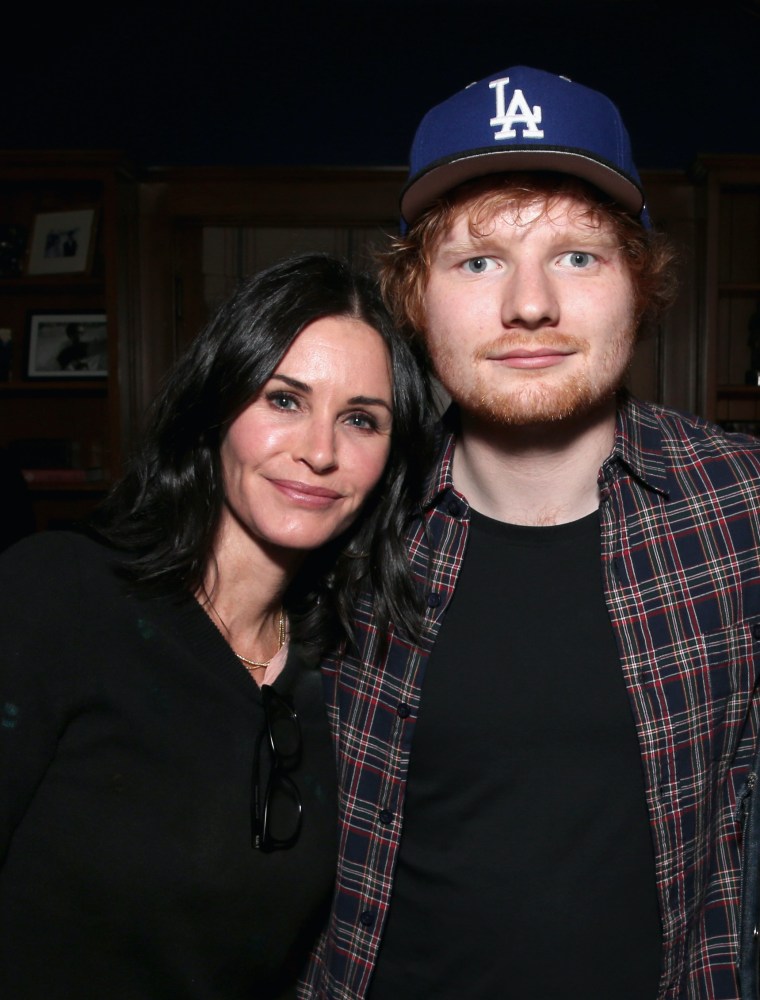 “Just some routine dancing with a friend… @teddysphotos,” Courteney captioned the epic dance. She also added the hashtag “re-routine.”

Fans of “Friends” know the dance well, as Courteney and David Schwimmer’s characters did it on season six of the sitcom. Ed and Courteney pulled it off nearly as well as Monica and Ross Geller.

To be fair, Ed knew the dance incredibly well, as did Courteney. However, in the “Friends” scene, Courteney’s character (Monica) jumps into David’s arms at the end of the dance. Over the weekend, Courteney’s leap into Ed’s arms failed miserably… and hilariously.

After posting the dance, many of the duo’s famous friends commented. Cara Delevingne, who appeared on the recent “Friends” reunion special, responded with heart emojis. Kaley Cuoco wrote, “This is EPIC.” Lisa Kudrow, who played Phoebe on the NBC show, simply said “WOW.”

“The Routine” lives on!