Brooke Shields‘ daughter had that award’s show glow on her prom night this weekend.

“I thought it was a special night when I was nominated for a Golden Globe and wore this dress in 1998,” Brooke captioned the snap of Rowan in the strapless red dress, “but nothing could have prepared me to see my daughter wearing it to her prom.”

The 56-year-old noted that she was a “proud mama.”

Brooke donned the dress while being nominated for Best Actress in a Comedy Series for “Suddenly Susan.” The award, though, went to “Ally McBeal” star Calista Flockhart. 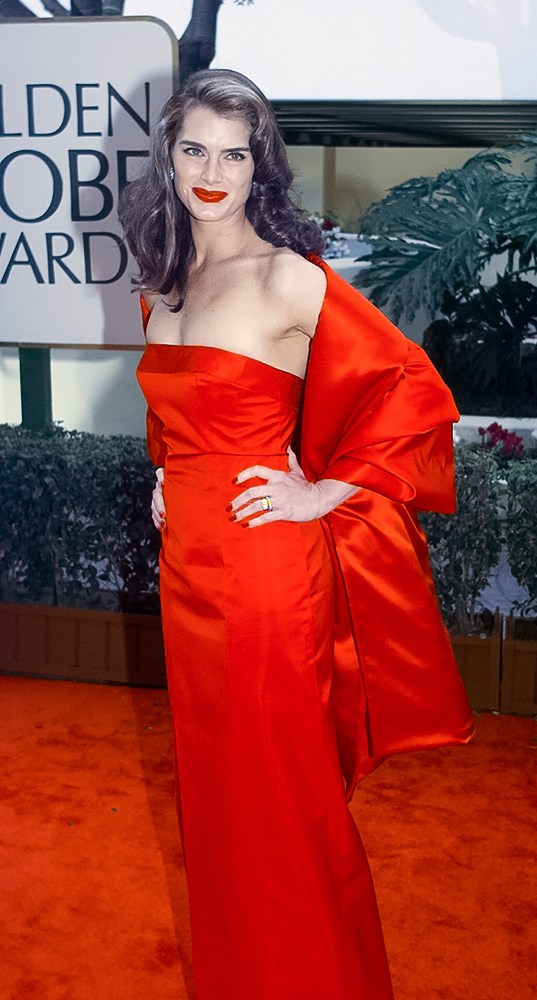 Rowan put her own spin on the outfit, pairing it with a Hermes handbag and white wrist corsage.

Many of Brooke’s celebrity friends reacted with astonishment at Rowan’s hand-me-down.

“OH MY GOD that is so SPECIAL!!!!! I remember you in that gown that night! And now your beautiful daughter gets to make new memories with it,” Debra Messing wrote.