“Orange Is the New Black” star Taryn Manning got a major surprise while watching her singer-songwriter girlfriend, Anne Cline, perform at a bar and grill in Panama City, Florida, on Friday, June 11 — she got engaged! 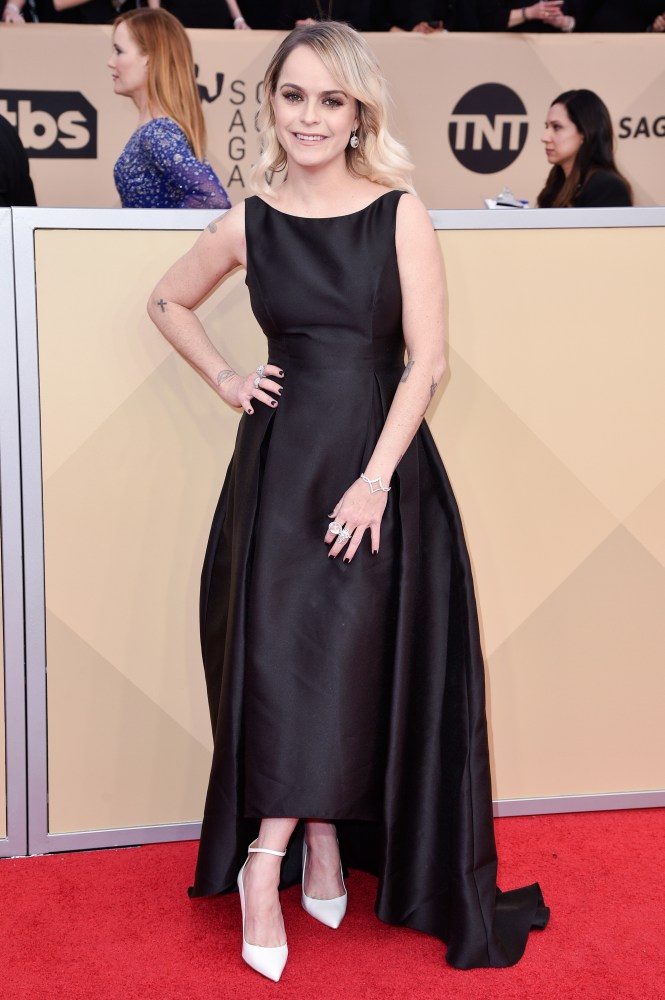 During the show, in a moment captured on video by TMZ, Anne stopped for a moment and said shyly, “hang on,” into the microphone. Staring directly at Taryn, in the front row, Anne hopped off the stage and got down on one knee in front of the actress.

While the background noise in the clip makes it impossible to hear exactly what Anne said, it quickly became clear she’d been hiding a ring box under her arm. As she pulled it out, Taryn, looking stunned, threw her hands up to her face in disbelief as the crowd started hollering with support and excitement.

Taryn eventually pulled Anne into her arms and gave her a long, sweet kiss, before Anne slipped the ring on her finger.

As the crowd cheered, the DJ and emcee got on the mic and told the crowd to “give it up” for the happy couple, who by that point were sharing another long kiss.

According to TMZ, Anne appears to be a full-time touring musician who leads a band called Cline Street and is based in Florida. She’s reportedly “about 15 years younger” than her bride-to-be Taryn, 42.

The wedding will be Taryn’s first, TMZ reports. “It was the easiest YES I ever said!” Taryn told the outlet through her rep, who confirmed the engagement.

The actress’ mid-Pride Month engagement comes four years after she told People she does not identify as gay. “I’m not gay, meaning I love men,” she told the magazine in 2017. “I love gay people. I’ve experimented. It’s good. I just prefer men.” 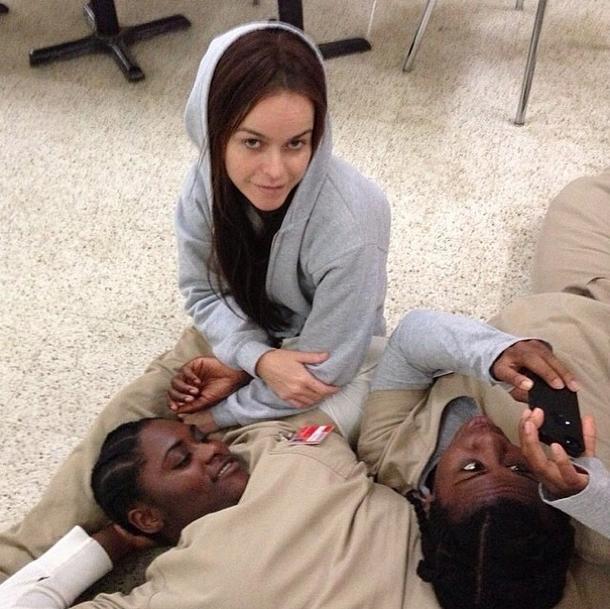 Best known for her role as Pennsatucky Doggett on “OITNB,” Taryn also shares her fiancee’s love of music. The actress and DJ/producer’s 2017 single “GLTCHLFE” even hit No. 1 on the Billboard Dance Club Songs chart.