The Delta variant is on its way to becoming the dominant strain of coronavirus in the US, raising concerns that outbreaks could hit unvaccinated people this fall.

And a new study shows the Delta variant is associated with almost double the risk of hospitalization compared to the Alpha variant.
The Alpha (B.1.1.7) variant, which is “stickier” and more contagious than the original strain of novel coronavirus, became the dominant strain in the US this spring.
But health experts worry the Alpha variant could be trumped by the Delta variant, which appears to be even more transmissible and may cause more severe illness for those not vaccinated. 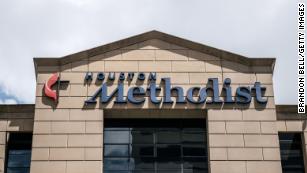 Judge rules in favor of a Houston hospital requiring employees to be vaccinated against Covid-19
Right now, about 10% of Covid-19 cases in the US can be attributed to the Delta variant. But that proportion is doubling every two weeks, Scott Gottlieb, a former commissioner of the US Food and Drug Administration, said in a CBS interview Sunday.
He said the Delta variant will probably take over as the dominant strain of coronavirus in the US.
“I think in parts of the country where you have less vaccination — particularly in parts of the South, where you have some cities where vaccination rates are low — there’s a risk that you could see outbreaks with this new variant,” Gottlieb said.
While 52.4% of Americans have received at least one dose of vaccine, only 43.4% have been fully vaccinated, according to data Sunday from the US Centers for Disease Control and Prevention.
The Delta variant could pose a serious risk for states lagging in Covid-19 vaccinations, but the good news is Americans can stave off the danger by getting vaccinated.
Studies suggest those who are fully vaccinated have protection against the Delta variant.
“We have the tools to control this and defeat it,” Gottlieb said. “We just need to use those tools.”

The Delta variant — or the B1.617.2 strain first detected in India — has been linked to about double the risk of hospitalization compared to the Alpha variant first found in the UK, according to the preliminary findings of a Scottish study published Monday in The Lancet.
The Alpha variant used to be the dominant strain in the UK. But last week, Health Secretary Matt Hancock said the Delta variant had taken over — making up 91% of new cases in the UK. 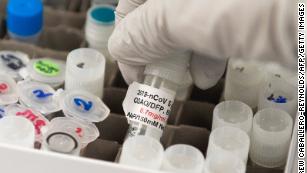 Novavax says Covid-19 vaccine shows 90.4% overall efficacy in US/Mexico Phase 3 trial
Researchers from the universities of Edinburgh and Strathclyde and Public Health Scotland analyzed data from 5.4 million people in Scotland.
The study found that between April 1 and June 6, there were 19,543 Covid-19 cases and 377 hospitalizations.
Among those, 7,723 cases and 134 hospitalizations were caused by the Delta variant.
The early findings suggest two doses the Pfizer/BioNTech vaccine does protect against the Delta variant — but it may be at a lower level of protection than against the Alpha variant.
The Pfizer/BioNTech vaccine was found to provide 79% protection against infection from the Delta variant, compared with 92% against the Alpha variant, in community cases at least two weeks after the second dose. 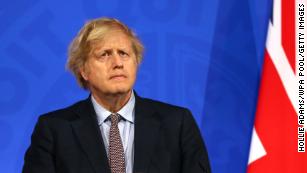 Boris Johnson extends Britain’s pandemic restrictions as variant stunts vaccine rollout
The Oxford/AstraZeneca vaccine, which is used in the UK but not in the US, offered 60% protection against infection with the Delta variant, compared with 73% protection against the Alpha variant, the study found.
“This lower vaccine effect may reflect that is takes longer to develop immunity with Oxford-AstraZeneca,” a news release from the universities said. The research team urged caution when comparing vaccines because of the observational nature of the study.
“It is therefore really important that, when offered second doses, people take these up both to protect themselves and to reduce household and community transmission,” said Professor Aziz Sheikh, director of the University of Edinburgh’s Usher Institute.

Heart inflammation in young people could be due to behavior, expert says

There’s been a higher-than-expected number of cases of a heart ailment among young people, most often males, who’ve recently received their second doses of the Pfizer and Moderna Covid-19 vaccines, according to the CDC.
Gottlieb said the inflammation could be due to behavior change. 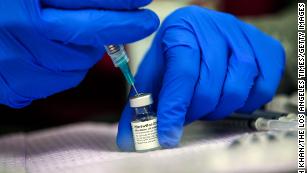 Pediatric cardiologists explain myocarditis and why your teen should still get a Covid-19 vaccine
“It could be the case that as young people get vaccinated, they’re going out more. They’re exchanging other viruses. We’re seeing outbreaks of those viruses, and we know those viruses also cause pericarditis,” Gottlieb said in his CBS interview.
He said those other viruses include respiratory syncytial virus, enterovirus, echoviruses and coxsackie.
“It’s not clear that it’s the vaccine or perhaps a change in behavior, but it’s certainly something we should be looking closely at because we have to properly inform patients if in fact this is a risk,” he said.
Gottlieb said he doesn’t think the cases of heart inflammation change the risk-benefit analysis for the Covid-19 vaccine.
CDC advisers are set to meet this week to discuss a possible link between the vaccines and the inflammatory conditions.
The CDC said last week that the inflammatory condition is rare, and most patients who received care responded to treatment.

With vaccinations on the rise, many Americans have started returning to pre-pandemic activities. But not all of the transitions back have been going smoothly. 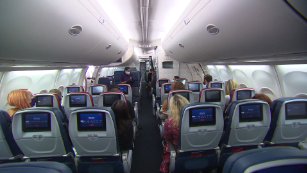 Why the explosion in unruly air passengers?
The US Travel Association estimates that 77% of Americans will take at least one trip this summer, up from 29% last summer in the midst of Covid-19 lockdowns. And for air travel, there will likely be a 44% increase.
The Federal Aviation Administration has received 2,900 reports of unruly behavior this year, about 2,200 of which were related to mask violations, an FAA spokesperson said.
“People have been wanting to get out. They have been told this mask issue is a political decision rather than a public health necessity,” said Sara Nelson, international president of the Association of Flight Attendants.
“It is causing incredible conflict because people have been set up to believe they are at odds with each other.”
Share