Koei Tecmo is finally dusting off one of its biggest niche IPs. The Japanese horror series is a cult favorite, and unlike the last two games, it isn’t just coming to a Nintendo console but will be released on all platforms. Today, during the Nintendo E3 Direct, Nintendo announced that the 2014 Wii U game Fatal Frame: Maiden of Black Water is going to be re-released on Nintendo Switch, but then Koei Tecmo revealed it is coming to PlayStation 4, PlayStation 5, Xbox One, Xbox Series X, and PC via Steam as well. 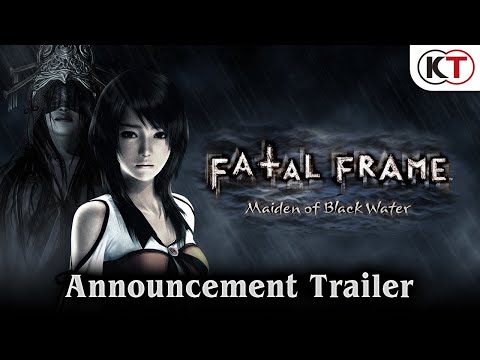 In the Fatal Frame games, players use the Camera Obscura to capture ghosts and spirits, uncovering a mystery as they do. In Fatal Frame: Maiden of Black Water players take on the role of three separate characters who go to explore the haunted Hikami Mountain. Maiden of Black wasn’t exactly met with critical praise when it was released, but fans of the franchise have been desperate for the developers to take another stab at it and hopefully continue the franchise on. It looks like they may get their wish if this port sells well, and with Nintendo allowing it to move to other consoles it very well could. Nintendo had co-developed the past few games with Koei Tecmo.

The new version of the game will include updated visuals, a new photo mode, and new costumes for players to wear. There’s no word on if any gameplay aspects will be changed, especially considering how Maiden of the Black Water utilized the Wii U’s GamePad.