With the odds stacked against the US reaching the target of 70% of adults at least partially vaccinated by July 4 — a goal set by President Joe Biden — a vaccine expert said time is running out to get ahead of the potential spread of Covid-19 variants.

“Vaccines are our only way out of this,” Dr. Paul Offit told CNN’s Wolf Blitzer. “Unless we vaccinate a significant percentage of the population before winter hits, you’re going to see more spread and the creation of more variants, which will only make this task more difficult.” 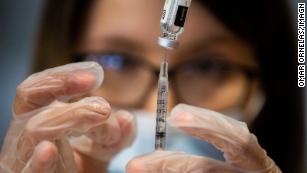 These communities remain at high risk for dangerous Covid-19 variants rapidly increasing in US, expert warns
The numbers of Covid-19 cases and infections have decreased, Offit said. But with hundreds of people dying and at least 10,000 people infected most days, the rates are still too high to prevent the summer lull from turning into a winter surge, he said.
Experts have cautioned that the continued spread of the virus could lead to more numerous — and potentially more transmissible and dangerous — variants.
Already the US has seen surges of the highly transmissible Alpha and Delta variants, while the spread of the Gamma variant is growing in several states.
In order to attain herd immunity, or the point at which the virus cannot easily spread within the community, experts have offered estimates of it requiring the innoculation through infection or vaccination of between 70 to 85% of the population. According to the US Centers for Disease Control and Prevention, only 53% of the population has received at least one dose of the vaccine.
And only 65% of adults have received at least one dose.
“You would have thought at the beginning of this, knowing that vaccines are our only way our of the pandemic, the hardest part would have been figuring out how to construct these vaccines,” said Offit, a key member of the FDA Vaccines Advisory Committee. “The hardest part is convincing people to get it, which is remarkable.”

Variants should encourage people to get vaccinated, experts say

Spreading variants shouldn’t be a concern to those who are vaccinated, Dr. Anthony Fauci told NPR, but it should be an incentive to get vaccinated.
The CDC elevated the Delta variant to a variant of concern this week. Fauci said that “the combination of more transmissibility and greater severity of disease, appropriately, prompted the CDC to elevate it to a variant of concern.” 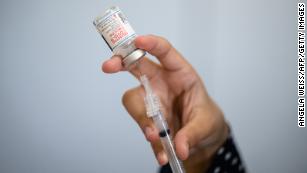 Former White House adviser says dangerous coronavirus variant is ‘like Covid on steroids’
When asked how concerned he was about the variant, Fauci said: “I’m not concerned about the people who are vaccinated. Because the good news about all this, among the seriousness of the situation with regards to the variant, is that the vaccines work really quite well.”
People who are vaccinated are protected, “which is another very good reason to encourage people strongly to get vaccinated because if you are not vaccinated, you are at risk of getting infected with a virus that now spreads more rapidly and gives more serious disease,” said the director of the National Institute of Allergy and Infectious Diseases.
Experts and officials are pressing for people who are still hesitant to get the vaccines and help slow the spread.
“What do we do if a critical percentage of this population chooses not to get vaccinated and chooses to allow this virus to continue to spread, continue to hurt themselves and others and continue to create variants which become all the more contagious and all the more difficult to contain,” Offit said.

Vaccine protection could last a year — or much longer 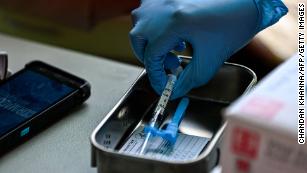 FDA’s vaccine advisers debate urgency of vaccinating kids against coronavirus
But experts can only rely on six months of data, since the vaccines are so new. And scientists still can’t say for sure how long the protection will last.
Their durability will determine whether the population will need boosters, Fauci said.
“I want to emphasize, by durability, I don’t mean that the vaccines now are not effective. We’re talking about the length of the protection, which we know is very high right now,” said Fauci, who is also Biden’s chief medical adviser.
The NIH is watching to see if there is an increase in rare breakthrough infections — defined as infections in people who are vaccinated — but scientists hope to recognize the problem before it becomes an issue. Currently, the NIH is doing clinical trials of the Covid-19 vaccine with boosters against the original strains, as well boosters that target the variants.
Experts will have to watch Covid-19 infections to determine how long the public can do without more immunizations, Fauci said.
“That could be a year, that could be 18 months, that could be much longer. We’re going to have to follow it, and we will act according to the information that we get,” he said.
Share