When people ask me why I am a stay-at-home dad, I’ve usually been pretty busy.

One time I was wiping dried formula off my shirt. Another time I was chasing a potty-training toddler into the wrong bathroom, and I remember another time when I was helping at the school carnival.
Thirteen years after my wife and I made the decision for me to stay at home with our three children, I should have a great answer for this question that is nuanced and compelling. I mean, I’ve written a book on it — “The Ultimate Stay-at-Home Dad.”
But I don’t have the perfect answer.
I tried to verbalize my decision, and I struggled. I had all my facts lined up and at one point, there was a spreadsheet and a joke that went with it. We all know how people just love data and spreadsheet jokes. Two million stay-at-home dads in the United States, studies showing that an involved father produces these amazing confident and compassionate children. Trust me, it was all very impressive.

How I decided to stay at home 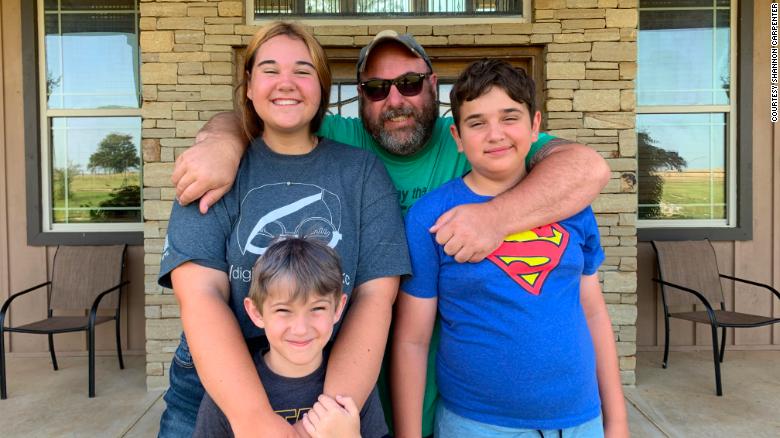 Shannon Carpenter and his wife, Erin, chose for him to stay at home with their kids.
None of that hit upon my truth. This isn’t a complicated question for me. I became a stay-at-home dad because it was the right choice for my family. That’s it.
Three months before my wife was going to give birth to our second child, I felt that my family was in a rut.
I would get up at 6 a.m., take my 15-month-old daughter to day care and spend the next nine or so hours thinking about her. I would pick her up at night, make dinner and put her to bed. On the weekends, my wife and I would go to the park. 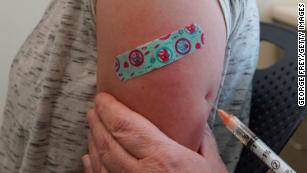 Why it’s crucial to get kids caught up on their childhood immunizations
We were three people passing the days doing nothing more exciting than laundry. This isn’t what I wanted for my family. I could do better. I took the plunge and quit my office job to be the primary caregiver for my children.
This past year of pandemic life has reminded me of some of those early days. The monotony of doing the same thing over and over. Being stuck inside and trying to come up with a routine that worked. Feeling that I was busy but at the same time, realizing I was fighting against my own expectations.

The benefits over the years

I was also grateful that I was able to give my full attention to my three children as they navigated online school (they are now 15, 13 and 8 years old). I have no idea how two working parents managed this year. As a father, having the ability to be there when they needed me has made me feel stronger. Like He-Man strong.
After a fight with quadratic equations with my teenager or number bonds with my second grader, I’m pretty sure I kissed my biceps a couple of times. I’m joking but realizing that no one gets to define my masculinity has made me become a better man. 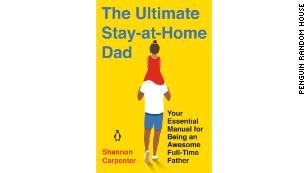 Of course, there have been other benefits over the years.
A last-minute work trip for my wife is business as usual for us. A sick kid is as normal as a Tuesday. We haven’t had to scramble for last-minute childcare or fight who was going to take off work. My wife can focus on her career, which had higher earning potential than my own (and yes, I’m good with that). My decision to become a stay-at-home dad has made our life less stressful and thus more enjoyable for everyone.

He’s not a babysitter

That’s not to say that there haven’t been difficulties. Going from two incomes to one has been a challenge and the cause of some sleepless nights. And I don’t particularly enjoy the snide comments occasionally made about my manhood — from men and women. I’ve also gotten the pity glare when some learn what I do.
Normally, I brush this off, but I swear to all that is holy the next person that asks me if I’m babysitting, I’m going to lose it. I’m a dad. I am not the plucky side character in my child’s life. I’m the hero. 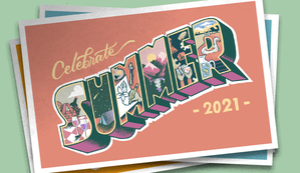 Here are 100 things to do this summer with or without kids
My kids don’t know that there is any other way to have a family. To them, it’s weird to not have a stay-at-home dad. I’ve heard my daughter ask a friend who they adventure with if not dad?
One of the hardest parts of being a stay-at-home dad has been the isolation. In the beginning, there wasn’t much of a support system. Eventually, I joined a dad’s group and that has been one of the biggest wins of my entire life.

Raising my kids with other dads

With five other guys, we have raised our kids together. We have helped each other move, remodeled bathrooms, and at one point, we built a catapult. Actually, our 16 kids built it, and we supervised. It’s hard to be able to find some of those life-changing friendships as an adult man, and I count myself as lucky to have them.
Groups like this are more available to dads than ever before. Many are organized and supported by City Dads Group out of New York. Those guys found themselves in the same position as me, and they are on a mission to make sure fathers have the social support they deserve. As co-founder Matt Schnieder put it, “it was a place to learn a practical skill set in the moment. To have a mentor to show you the ropes.” 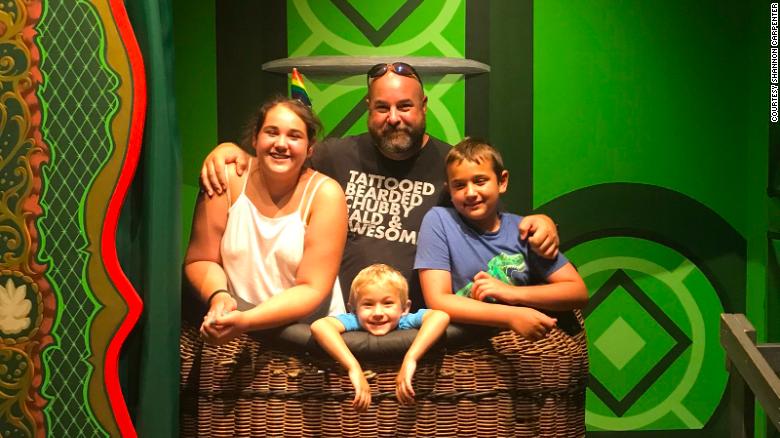 Shannon and Erin Carpenter have a daughter Vivi, older son, Wyatt, and younger son, Oliver
The National At-Home Dad Network also helped me connect to other fathers, online and in-person, so that none of us have to feel that isolation again. There’s even an in-person convention (pre-pandemic) where we learn how to become better fathers. It’s where I learned to do a French braid. Also, we drink beer.
Finally, the mental load of parenting becomes much easier when it’s shared.
I spoke to the wife of one of my dad group members, who said, “I feel like our kids have two active and engaged parents. Sometimes, it seems dads are pushed to the side or that mom handles all the work. But with this, our kids get the best of both worlds. I think it’s neat.” I agree. So neat.

How you can join this team

As the pandemic winds down, a lot of fathers are rethinking their roles. From blue-collar workers to white-collar, stay-at-home dads come from every walk of life, every religion, orientation and every background. There’s always room for more of us.
Fellow dads, if you are thinking about joining our team, set yourself up for success at the start. Trust me, you’ll want to get these things done to save yourself a headache down the road.
• Pick out your own gear that fits your height and body. Short strollers will kill your back.
• Get your job description in writing to set expectations so there is no confusion. There is always more than you think there is, and your spouse may not realize it. This is the area most guys forget. Get specific!
• Before you start, track your budget with your spouse and cut what you don’t need. Have that deep money talk, including who’s going to pay bills every month.
• Find a group to join, either online or in person, to combat isolation. Your mental health is important so don’t ignore it.
• Make a daily routine that works for you and stick to it.
• Always have a backup plan. Whether it’s for a dinner that didn’t turn out right or an adventure gone wrong, keep “Plan B” in your pocket.
• Know that your self-worth isn’t tied to a paycheck. Your worth is measured in what you mean to your family.
Sign up for CNN’s Wonder Theory science newsletter. Explore the universe with news on fascinating discoveries, scientific advancements and more.
When you start, know that there are millions of other guys out here ready to show you how it’s done. Just keep in mind that the decision really doesn’t have to be complicated. You don’t have to struggle to explain why, and you are never asking anyone’s permission. Just sit down and say the truth. I became a stay-at-home dad because it was right for my family.

Shannon Carpenter is the author of “The Ultimate Stay-at-Home Dad” and co-host of the Dadhouse Podcast. He and his family live in Lee’s Summit, Missouri.